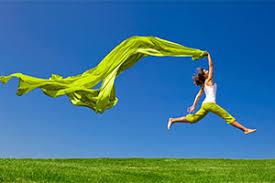 “I just can’t believe it, is all… I’ve just never not had back pain!”

She was in awe. She contorted herself into positions that she knew would aggravate her pain. But no pain came. “But you don’t understand,” she said, “I have had back pain for forty years. I have never not had back pain. And now it’s just gone.” The last statement was almost a question.

She was brought to tears. “I don’t cry!” she declared with tears in her eyes. “It just feels so foreign.” It was as if she didn’t know who she was if she didn’t have back pain.

Now was the time to take her life back. She had moved to the Twin Cities to find herself, to rediscover who she was and what she wanted. She had spent the previous 12 years being a caretaker to her family… her aging and ailing parents, her siblings, her children, her grandchildren. She moved away from her family, not without guilt, but with the intention to live her own life before she lost herself. It was time for the caregiver to care for herself. It was incredibly courageous.

She had come to chiropractic by chance. Not a skeptic, just no awareness. She hadn’t wanted to be touched, because nothing had helped her back pain. Instead, everything seemed to make it worse. Mere touch caused her a pain that pain medications didn’t touch. “You just learn to live with it,” she said. “You just avoid doing the things that you know will make the pain worse.”

She reported that, as a teenager, she had fallen while climbing and has had back pain ever since. Previous imaging of the spine confirmed degenerative changes to the spine and disc. The imaging seemed to suggest that she should be in chronic, life-long pain.

Gentle palpation of her spine caused her to flinch. She was stoic, told me to go ahead and do what needed to be done. She lay face down, holding her breathe, hands gripping the armrests. She had felt dubious about lying face down on the table, expecting that lying on her stomach would aggravate her chronic pain. I performed gentle adjustments on her spine and tented the table to give her spine some very gentle traction. Finally, I inserted the acupuncture needles and assured her that it wouldn’t be long.

After 15 minutes, I asked her how she was doing. “Ready to get off of my stomach,” she replied. I removed the acupuncture needles and she cautiously started to get off the table. Her flexibility was remarkable. She moved slowly, as if expecting an increase in pain. She stood up and her face registered shock. “I feel no pain!” She spent the next five minutes trying to re-create the pain with various movements. She sat down and stood up. No pain. She bent, she twisted, she marched in place. No pain. She spent the remainder of the day in a state of disbelief. She didn’t know what it meant to live without back pain.

A follow-up appointment was scheduled for a few days later. While these chiropractic ‘miracles’ do happen every day in our office, they are becoming less and less common in an environment where both our food supply is increasingly depleted of nutritive value and in which we have introduced tens of thousands of chemicals, the majority of which have not been evaluated for their impact on human and environmental health. Hence, we would continue chiropractic and acupuncture treatments to address the structural dysfunction, make exercise recommendations, and encourage dietary changes that would reduce the inflammatory process and promote health and healing.

Finally, we acknowledge the enormity of the emotional courage it takes to make the changes that are sometimes necessary to live a healthy, happy life.